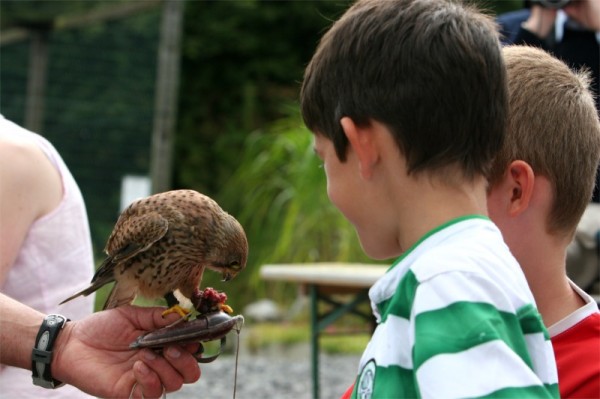 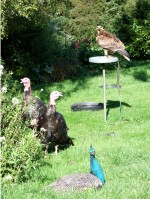 RAPTOR is another term for BIRD OF PREY. A hooked bill and mostly long and needle-sharp claws (or talons) are the characteristic features of a bird of prey.

The diet is also playing an important role - meat. But there are also birds of prey feeding mainly on fish or insects and other small creatures. You will only find one species of bird of prey living in some cases herbivorous, the Palmtree Vulture.

Scientists could not yet finally decide, if and in which way the different groups of birds of prey are related to each other.
At the moment there are 4 Orders of birds matching the above mentioned criteria: The Owls are 'birds of prey by profession' not by relationship, because they are related to insectivorous birds. On the other hand - the New World Vultures are descending from storks ...
To complicate it even more: falcons seem to be more closely related to the owls than to the hawks ...

All these birds are fascinating and they play a very important role in nature. They are responsible for the health and well-being of the populations of their prey animals.

They select the weak, infected individuals and prevent the spreading of diseases. They reduce the numbers and make sure, the surviving strong individuals have sufficient food to produce strong and healthy offspring.

Most of all: these birds do not kill for the sake of killing! They only kill to have some food. As soon as they had their meal they won´t touch another creature.
In our sanctuary you can watch falcons flying together with pigeons as well as eagles and hawks landing right beside rabbits and guinea-pigs without even looking at them.